Melton Mowbray Situated in Leicestershire, Melton Mowbray is a popular market town which is built upon a strong tradition of argiculture and farming. Famous for its pork pies and cheese, the town of Melton Mowbray is home to a fantastic number of food and drink festivals that take place throughout the year. The town itself is steeped in history and there is a walking heritage trail that explains the heritage of the town with two smart phone apps are available to download to make sure you don’t miss any of the sites of interest. If you enjoy shopping you’ll be spoilt with the selection of markets that take place in the town. There is a popular street market, regular farmers market, cattle and livestock market and a well-renowned antiques market - all just waiting to be explored. In addition to all of this there are a number of independent and well known high street shops. The town centre also boasts a number of delightful places to stop for tea and coffee, as well as a range of restaurants and pubs. For a great family day out there is Twinlakes Family Theme Park which includes rides, a water park and a small animal farm for all ages to enjoy. Melton Carnegie Museum is well worth a visit and both Melton Country Park and Wilton Park offer great open spaces for walking. If you are looking for indoor activities the town has its own cinema and theatre. Regular bus and train services provide easy access to Loughborough, Leicester, Nottingham and Grantham City Centres with the train station located on the edge of Melton Mowbray town centre. The town is also well provided for when it comes to both primary and secondary schools. It also has some excellent sporting facilities to include gyms, a golf course, a swimming pool, equestrian centres and a snooker club to name just a few.

The Development Wyndham Grange consists of a mixture of well-appointed semi-detached and detached new build homes and high specification apartments which are located in the listed lodge building and coach-houses. Surrounding the homes at Wyndham Grange is 5 acres of beautifully maintained parkland. The site has been very sympathetically designed to enable as many residents as possible to take in views of the established trees and grassed areas. Each and every home at Wyndham Grange has been built with today’s modern lifestyles in mind. There are homes for those wishing to step onto the property ladder for the first time, as well as large detached family homes, perfect for those looking for more room to accommodate a growing family. The design and layout of the homes at Wyndham Grange also takes into account what is expected of a home in the 21st century. Some of the larger detached homes for example have rooms which are multi-functional and could be used as a home office or playroom. The apartments offer a 'lock up and go' lifestyle for older residents who might be wanting to spend some of their retirement in the sun or younger residents who travel away from home for work. Whatever your requirements Wyndham Grange has something to offer everyone.

The History The converted lodge building which sits at the top of the hill was originally known as Hill House and is reputed to be the first house built south of the River Eye. Built during the reign of King George III by Mr Hind, a retired dealer in leather, it was later leased to the Earl and Countess of Chesterfield in 1828. Around 1840, Colonel Charles Wyndham took up residency and renamed the house Wyndham Lodge. Wyndham had a career in the military and in 1852 he was appointed to the prestigious position of Governor of the Tower of London and at the same time gained the heady rank of General. It was at this time that he gave up his local residence and left Melton Mowbray. Following a period of residence at the Lodge by Mr Bromley Davenport, MP for North Warwickshire, Wyndham Lodge was next leased to Mr William Augustus Chaplin. Chaplin set about demolishing the original building and constructed the building that we know today which is constructed of stone quarried from the nearby village of Wartnaby. Chaplin and his family enjoyed Wyndham Lodge for the next 30 years. Following this numerous tenants enjoyed the lodge until the end of World War I. In 1920 Colonel Richard Dalgleish bought Wyndham Lodge along with 15 acres of land and turned the lodge into a War Memorial Hospital which was opened by His Royal Highness Prince Henry on 19th January 1922. The lodge still had the remains of the hospital on show when it was taken over by Sowden Homes just a few years ago. Sowden Homes have used the former hospital as a centre piece to the whole development and took inspiration from its name for the development. The crest you see used on the site logo has been recreated from one which appears on the former lodge building.

Sowden Homes Established in 1950, the Leicester City Centre based Sowden Group has been, and continues to be, involved in some of the biggest regeneration projects within the City of Leicester, surrounding Leicestershire and the wider East Midlands. Starting as a building contractor, Sowden Group's focus began to change in the early 1990’s to that of property development. Initially this was predominantly commercial when the Group prided itself on the delivery of prestigious and quality commercial buildings such as offices, retail units and large warehousing. Projects completed by the commercial department included those for Asda, Audi, Barclays Bank, British Gas, British Telecom, Crown Crest, Hammerson, Gala, Morrisons, National Westminster Bank, Nottingham Evening Post, Opal Group and Travelodge. Sowden Groups are also currently working on the construction of 50,000 sq.ft net of Grade A offices for local company Mattioli Woods PLC, and 10,000 sq.ft of speculative retail space. Completion due December 2017. Sowden Group continues to develop prestigious and superior quality commercial buildings across the East Midlands. Most recently Sowden Homes was formed with the first development being Windmill Place in Loughborough, Leicestershire, launched in April 2016. Phase 1 and 2 at Windmill Place consists of 87 two and three bed canalside homes. Building started in May 2015 and the final dwelling is due to be completed in Spring 2018. Sowden Homes is now delivering a large number of exclusive homes to meet the current needs of modern living, including:

1.   54 high quality two bed apartments on the site of the former Leicester City Council Headquarters in New walk, Leicester.
2. 297 flats for Long Harbour (a London based private equity fund) on the vacant site next to the John Lewis car park in Vaughan Way, Leicester.
3. Wyndham Grange in Melton Mowbray with a further development due to come online in late 2017. 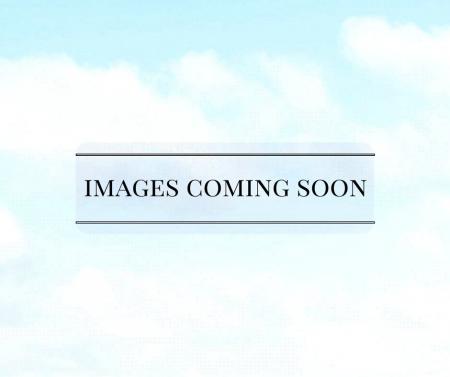 £
Land Transaction Tax (LTT) calculation for completions from 27/07/2020 to 30/06/2021, following the extended temporary increase of nil rate LTT band for residential property transactions communicated on 3/3/2021
From April 2015, Land and Buildings Transaction Tax replaced UK Stamp Duty Land Tax (SDLT) in Scotland.
Please fill out all of the fields to receive an estimate